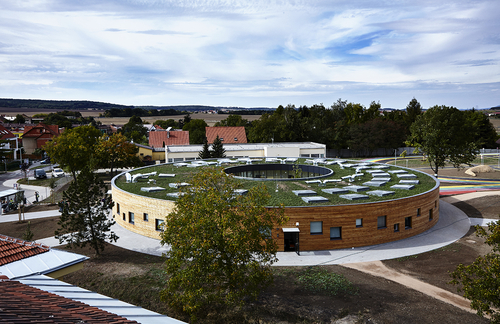 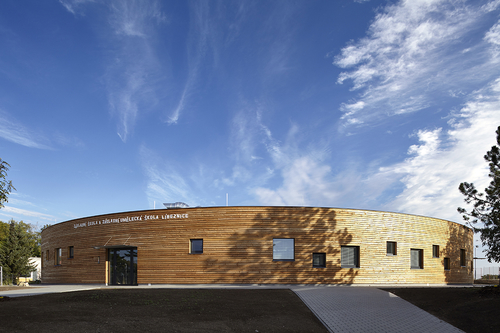 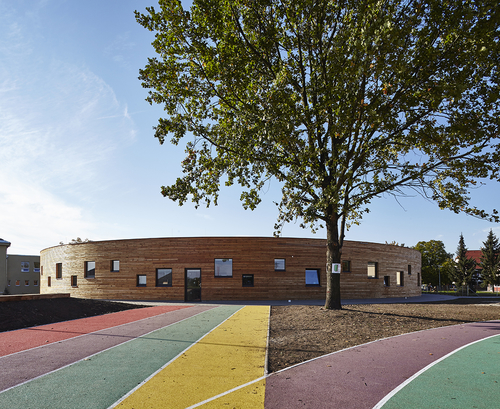 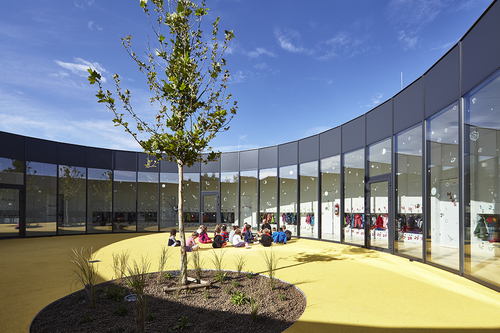 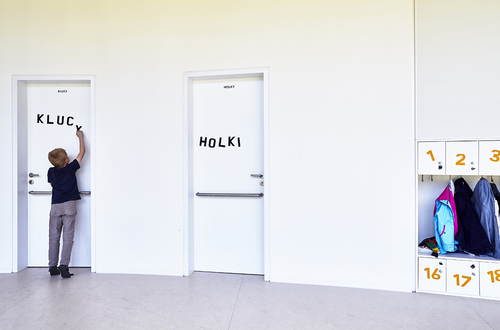 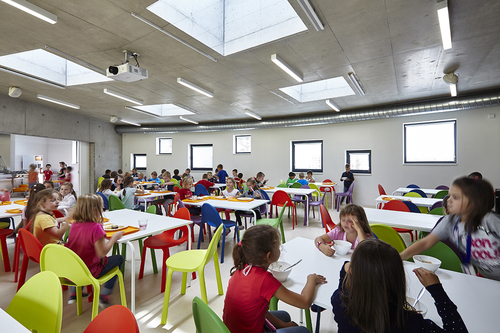 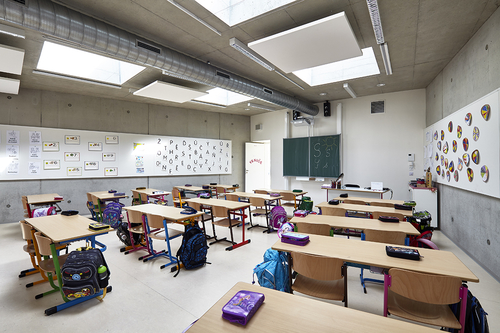 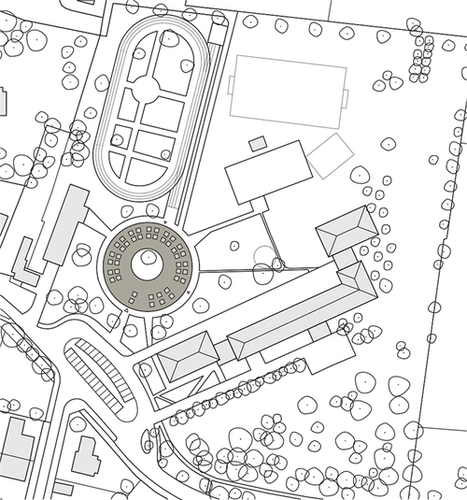 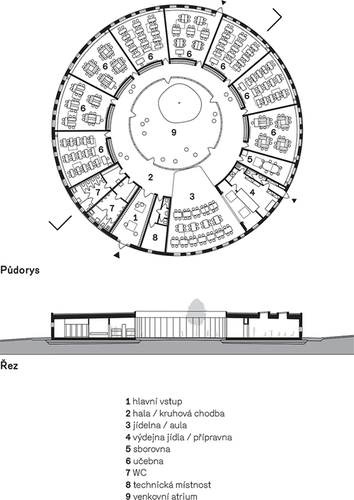 This new building completes in an urban planning fashion the existing complex of the elementary school on the north-east edge of Líbeznice that consists of the main school building from 1956 and an after-school club. The building was originally intended for a kindergarten; the proposed ring marked a circular garden for preschool kids within the school garden. Due to financial reasons and the demographical development of the village, the task was later changed to that of an elementary school. The building maintains the original concept of a house surrounding the outside environment. The core of the disposition is formed by an eccentrically located atrium that serves as an outdoor classroom, encircled by a multifunctional foyer integrating communications, locker rooms, and common spaces. On its perimeter there are eight classrooms, teachers’ offices, sanitary facilities, and a cafeteria that can be easily transformed into an auditorium for lectures, music or theatre performances.