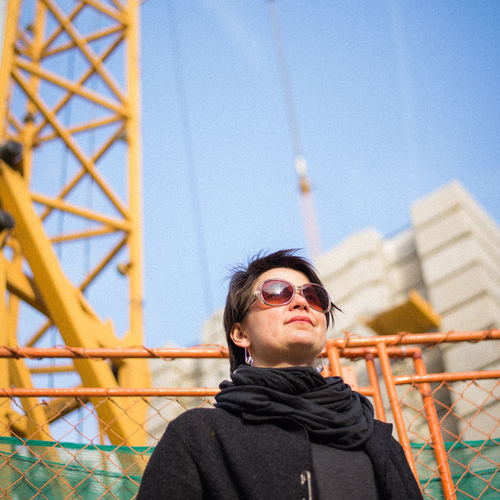 To Build in a City

Professor Ivan Koleček, an architect, my former teacher, says that when he comes to a city and sees cranes, it means that construction is going on and architects are needed there. And yet many Czech architects complain that building a “normal” house in a city is unbelievably difficult, something like a battle with officials and a chase for documents. The current construction law setting is truly alarming and it is not only architects who agree about that (Pavel Hnilička, Jakub Filip Novák, Filip Tittl in the discussion To Build in a City led by Filip Landa) but also lawyers (Jiří Plos in A Few Comments on Amendments to the Construction Law and on Conditions for Construction in the City). And even though the statistical figures still show an outflow of inhabitants from cities, the mental settings of our society is slowly changing. People want their cities back, they want to live there, work there, and have fun. People don’t want to live in satellite towns outside cities, they don’t want to commute to work by car, be a taxi driver to their children, and shop in a supermarket once a week. After all, Brno, the seat of our office, proves this; earlier this year US server Numbeo.com listed our city in 46th place out of 143 in their Quality of Life Index and New York Times even put Brno at number 27 of 52 places to go to in 2016. The newly established Municipal Architect's Office and the mobility plan, currently in preparation, are great hopes for Brno.

In this issue, after a long time, we focus solely on Czech realizations. Specifically those that were built in urban areas of the cities and that brought a certain quality to their environment. We have chosen buildings of various scales, functions, and in different urban contexts. Besides the contemporary completion of the historical theatre in Čáslav, you will find a multipurpose “tower” completing the compositional axis of a communist housing estate in Ostrava, and a new multifunctional building on a narrow gap site in a block of buildings in Brno-Žabovřesky fumbling on the border between city and village. Residential housing is represented by an extension of a balcony house in a socially excluded location in “Brno’s Bronx”, and by the transformation of a corner administrative building, built in the 1970’s in Prague--Vršovice, into a student dormitory. Individual housing is represented by the reconstruction of a family house in a solid structure of Masarykova čtvrť in Brno, and by the perfect replacement of a substandard villa with a view onto the Hvězda summer palace by a new modern house. The catalogue ends with a small solitary building, a gallery in the conservation area of Litomyšl. All selected buildings are followed by the reviews written by independent architects.