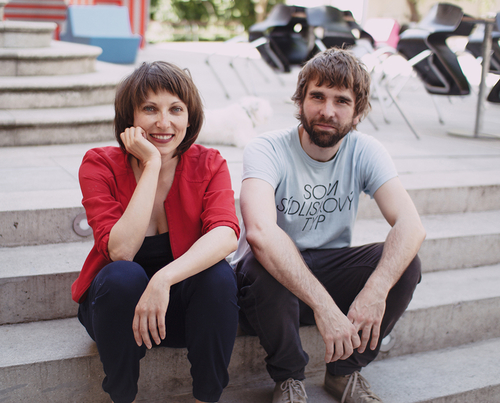 The problematic relations of today’s professional and general public to architecture of the previous regime has previously been articulated on several occasions. It is reflected in cases associated with secondary interventions, transformations, and demolitions of architecture of that time, in artistic interventions as well as the latest expert research. Perhaps the greatest share of attention is given to the issue of prefab panel housing estates but other examples and realizations including interiors are next in line. The young generation of publicly active authors, often unburdened by personal experience with the pre-revolutionary regime and soberly reflecting the social-political and cultural situation after the revolution, can view this period objectively and assess it critically. Architecture and art of the socialist era is slowly attracting attention of experts and ceases to be invisible and a priori rejected. In many cases, it even serves as a starting point or inspiration for contemporary production.

In this issue of ERA21 we don’t want to go back to numerous cases of “destruction,” we won’t comment on the issue of postwar architecture conservation, we aren’t only limited to “socialist modernism,” we don’t present a nostalgic, or even an ostalgic issue. We want to eliminate geopolitical and historical boundaries and perceive the production of the second half of the 20th century as a potential source of inspiration and continuous part of our political history as well as the history of architecture and art that naturally followed the interwar production and continued at the turn of the millennium. The time when our memory betrayed us is coming to an end. The controversies associated with the production of the previous era are gone, or they have possibly become a natural component of our history and we perceive them as an inseparable part of the history of architecture and art in the West as well as in the East. Therefore, we are looking through various “iron curtains,” searching for examples of projects. To perceive the legacy of the past freely. To work with it creatively.