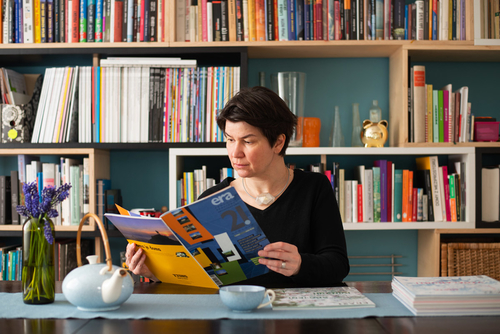 Three years ago, when we published ERA21 #02/2016 – Building in a City, I started my editorial by quoting Ivan Koleček saying that when he comes to a city and sees cranes, it’s a sign that there’s a demand for architects. I will use his words again, if I may. Ivan Koleček had taught at Brno Faculty of Architecture for many years and he still organizes workshops for his former students. He always says that working with young people fills him with energy, but the exchange is mutual, of course.
Intergenerational exchange, or dialogue if you want, became the topic of this issue. We interviewed representatives of different generations – from true doyens of Czech architecture to young professionals who just completed their first projects. The debate between generations brought members of three generations of architects who started their careers in the last three decades to one table. (As Michal Kohout said during the debate; before 1989 there was virtually no exchange between generations, with maybe one exception in SIAL, because the whole 20th century was about “sweeping out” the previous generations.) We also organized an interview with members of families where architecture is passed on from generation to generation – Šrámkovi (Hlaváčkovi), and Lasovští.
Besides that, we focused on examples from architectural practice with special attention paid to the youngest generation. We decided on a limit of 35 years of age because until then – as the first lady of Czech architecture put it – architects only build “shacks”. We chose structures of various scale and function, from family houses, a kindergarten, an elementary school, an inn, an industrial park, through public space adaptations, to a family chapel, or an experimental temporary structure, and it took us to Třebíč, Božice, Stříbro, Nezamyslice, Máslovice, České Budějovice, Prostřední Bečva, Sedlčany, and Brno. Each building is accompanied by a commentary from an older (a generation or more) and more experienced colleague, and we visited most of the buildings with the authors and critics in person.