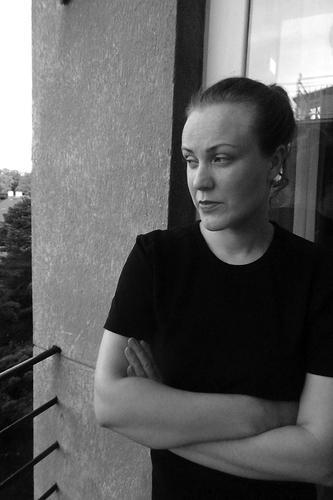 Whenever power is discussed or written about, Michel Foucault has to be at least mentioned, and in the Czech context so does Havel’s The Power of the Powerless. But it is not only thanks to these distinguished authors that we sense power is invisibly spread everywhere and we all participate in it. The government machinery, whose not insignificant driving force are the “greengrocers”, might be our Foucaultean “shepherd”, but in the democratic system the administration of state power is legitimized by social consensus. The consensus might smooth down the sharp edges of extremist ideas, but still include them in the production of discourse (since we’re talking about Foucault) – the way we talk about things. Whether the words communist, capitalist, activist, technocrat, manager, developer, conservation, practice, theory, private property, financialization, performance, and many others have a positive or negative meaning for us shows not only our values but primarily the values of the society we live in and whose discourse we adopt.
Based on the values reflected in discourse, we define what is normal, natural, or useful – not only in day-to-day life, but also in professional life, in architecture. And so ultimately, isn’t the most powerful person one who is able to convince the majority of normality, naturality, usefulness of their project – be it a political, social, or architectural one – and graft their ideas onto the trunk of the public or professional views where they can grow, flourish and bear fruit? The call for critical reading, critical theory or critical practice can sound over-intellectualized and vague, but in fact it only tries to say we should examine the reasons for our actions more deeply because they reflect invisible threads of power. When we become aware of them, we might be afraid of whose instruments we have become, in good faith, unaware of our role as the “greengrocer”, the one who participates in power.