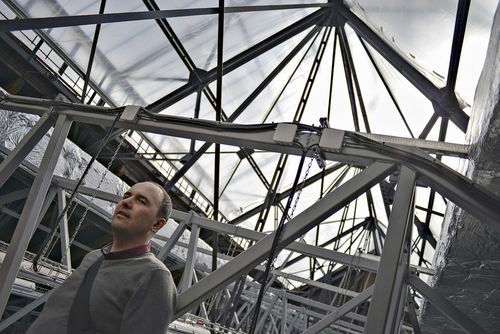 Polish Architecture for a Second Time

During my summer vacation in 1988, when I was waiting for a midnight train in front of the Warsaw Central Station, I managed to exchange Czech koruna for Polish zloty at a bargain. As a sixteen-year-old teenager, I was very surprised that the first passer-by bought the Czech currency. But I didn’t pay much attention to the Central Station itself – the most modern building in Warsaw at that time. Architecture interested me only marginally, I might have just raised my eyes to the top of the Palace of Culture and Science, the highest structure in the city built in the style of socialist realism.
I found myself at the exact same spot almost a quarter of a century later, holding a several years old ERA21 issue, the first one that focused on Polish architecture, in my hands. But my second visit to Warsaw could not have been more different. I was coming to a country that had enjoyed 25 years of freedom and I wasn’t vacationing, but looking for interesting architecture for a certain book.
I was worried whether I would be able to carry out my task. Back home I noticed only a few extravagant villas that caused a stir across the Polish borders. My doubts disappeared shortly after my arrival. The old magazine showed several projects according to computer visualization, now all of these buildings were completed and I had also “discovered” other structures of great architectural quality. When personally meeting with the architects, I could sense their undisguised joy in seeing their work noticed by us, Czechs.
This “Polish Issue” of ERA21 uses photos of completed buildings more often than visualizations. The limited number of pages might have restricted the selection of projects, but you’ll find more great recommendations in the articles by renowned Polish architecture theoreticians, historians, and enthusiasts. As architects, we don’t often get to visit the buildings we see in trade magazines because they are far away or inaccessible. That does not apply to the content of this issue, for the most part, Polish architecture is just around the corner.