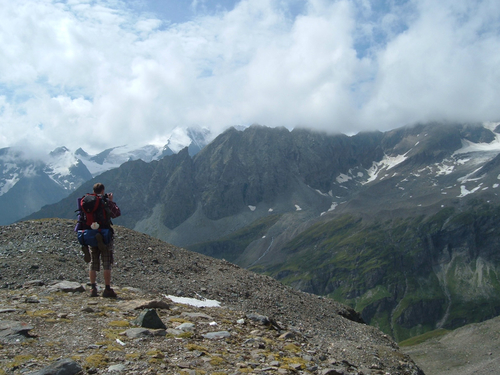 As I start writing this text, personal memories come to my mind once again. Eleven years ago I joined a group of friends, all architecture students, on an extraordinary summer trip. From Salzburg we set out on foot, planning to reach Venice to attend the architectural biennial. I was strong, and negotiating alpine ranges was not much of a challenge for me. Walking gives one ample time to experience each place and to take in things that would otherwise go unnoticed. The magnificent scale of the mountain scenery and the obviously high standard of local architecture and building crafts certainly left their mark on me. But there was something else, too.
I ask the kind reader to look up my editorial for the January 2019 issue "Connected by Borders." Borders, I wrote, are places where two forces meet, perhaps to enrich one another. I was born in the former Sudentenland, so I’m familiar with that sort of tension. Maybe subconsciously I felt the same tension again in the Italian-Austrian borderlands. Maybe that’s why we singled it out in this issue from all other Alpine regions. These borderlands have a dynamic history, the result of which is the current naturally interwoven mix of Roman and German influences. We could even find links to the history of our own country, considering the centuries of Habsburg rule. There are writings still visible on the walls of the Franzensfeste fort barracks, made by Czech soldiers, later beautifully restored by architects Markus Scherer and Walter Dietl. Brixen, one of the Austro-Hungarian Empire’s most remote cities, was the place where the Czech writer and poet Karel Havlíček Borovský was confined, and where he wrote his famous Tyrol Laments.
In this edition of ERA21, we erase the administrative border and we look at Tyrol as one cultural whole. We make no distinction between its current Austrian part, and the Trentino–Alto Adige autonomous region or South Tyrol in Italy (from a historical point of view, we could even count Vorarlberg as part of the territory, but that would fill another issue). We use the German place name variations, with a few exceptions, because German is the mother tongue for most of the architects mentioned on the following pages. From the bounty of architecture found in the region, due to limited space, we are able to present only a fraction. Hopefully it will be enough to show how the meeting of many forces can resolve a mountain barrier and make it  into an interface of creative freedom, possessing a distinctive building tradition.